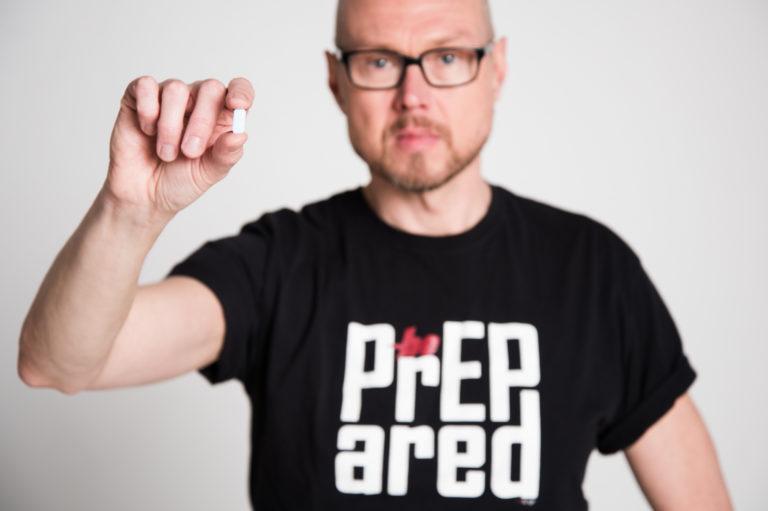 The National Institute for Health and Welfare recommends Pre-Exposure Prophylaxis (PrEP) for people with a high risk for HIV transmission. As a part of a comprehensive prevention program, PrEP has reduced new HIV transmissions in all countries where it is available. When used correctly, PrEP provides up to 99% reduction in HIV risk. The national guidelines are released today, 17 April 2019.

“PrEP plays an important role in the HIV prevention of people who are at a particularly high risk of contracting HIV, “ says Sami Tuunainen, project coordinator and sexual advisor at Hivpoint. Effective prevention methods such as HIV testing and early start of medication for people living with HIV, combined with PrEP usage effectively reduces new HIV infections. A good example of this comes from London, where new HIV infections among gay and bisexual men have reduced by 55% in the last two years.

“Particularly in the gay community, the fear of HIV has been present in people’s lives since a young age. The fear has shadowed relationships and stopped people from enjoying their sexuality. Many of my clients have been relieved when they heard about an effective way of medically preventing HIV in addition to using condoms, “ continues Tuunainen.

PrEP is meant for people who have a high risk of HIV transmission. There’s undeniable evidence that PrEP works in men who have sex with men, but PrEP should also be considered for others with a higher risk of contracting HIV. When using PrEP, it is important to remember that it only protects against HIV, not against other sexually transmitted infections (STIs). Hence easy access HIV and STI testing becomes even more important with the usage of PrEP. In addition to PrEP, condoms continue to be important in the prevention of both HIV and other STIs.

The most significant barriers to accessing PrEP in Finland have been the high price of the patented drugs and the absence of national guidelines. From today, the guidelines are available and cheaper generic PrEP medicines will be available in pharmacies in the upcoming weeks.

Hivpoint’s consulting doctor Jukka Hietalahti welcomes the new guidelines and the generic PrEP medication. “The guidelines give a clear code of conduct to doctors about how and who to prescribe the medicines to. Additionally, having the cheaper medicines in Finnish pharmacies, makes the PrEP medication more accessible.” Until now people have ordered or bought PrEP abroad and some of the PrEP users are not followed up in the Finnish healthcare system.” PrEP is effective only when used correctly and if unsupervised, PrEP usage can have health risks for both the user and their sexual partners.”

Based on the new guidelines, the health care professionals involved in organizing the PrEP treatment should have knowledge of HIV, STIs and sexual behavior. In the public healthcare system, for example infectious disease and STI policlinics can prescribe PrEP. Hivpoint will keep informing about PrEP as the timeline is clarified.