Donate
Limited testing services are open. If you have had a risk situation and need to get tested, please call our helpline 0207 465 705. It is possible to get an appointment or a free home test kit.

PrEP (pre-exposure prophylaxis) is a medicine that can be taken as HIV prevention prior to exposure to the virus. PrEP is used by HIV negative people to prevent infection. When used correctly, PrEP effectively prevents HIV infection through sexual contact between men, heterosexual sex and injection drug use. The World Health Organization (WHO), and other global health entities, recommend the use of PrEP as a prevention method for people with the highest HIV risk. 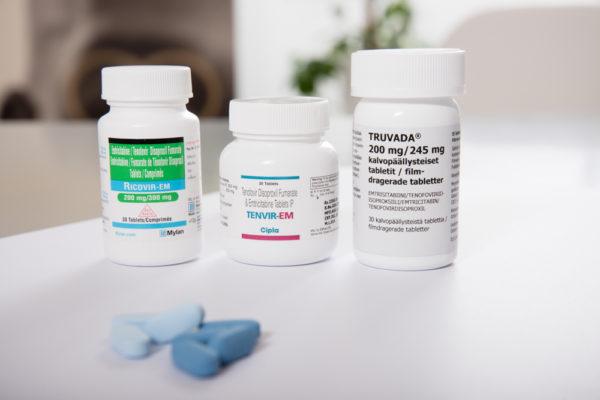 Who is PrEP for?

How is PrEP used?

The WHO recommends taking one pill every day at the same time. The medication is generally quite well tolerated and it does not have many serious side effects. Men having sex with men can also use PrEP on an on demand basis. Read more specific instructions about this method on the Hivpoint miestenkesken.fi website.

How can I get PrEP in Finland?

The National Institute for Health and Welfare released national guidelines for PrEP on 17 April 2019. You can find the guidelines (in Finnish) here. The health care professional involved in organizing the PrEP treatment should have knowledge of HIV, STIs and sexual behavior. They do not have to be HIV specialists. Just in case, you can print and bring the basics of PrEP leaflet (in Finnish) to your appointment as background information. In the public healthcare system, for example infectious disease and STI policlinics can prescribe PrEP. Generic PrEP medicines entered the Finnish market in the summer 2019.

It is important to test kidney function (creatine test), do an HIV test and test for other STIs before starting the medication. Before starting PrEP, it is very important to be sure that you do not have HIV. A recent HIV infection shows up in the tests 4-12 weeks from transmission, so you should avoid high risk situations during that time. After starting PrEP, regular laboratory tests including HIV and other STI testing every three months is essential. PrEP should always be used under medical supervision.

At the moment generic options are available for 50 e/30 pills. The medicines are paid fully by the user and not covered by Finnish social security. It is still possible to get even more affordable PrEP by asking your doctor here in Finland for an EU prescription and buying the medicine from abroad (within the EU) with that prescription.

More up-to-date information about PrEP, buying it from abroad and the generic medications on the Hivpoint miestenkesken.fi website. 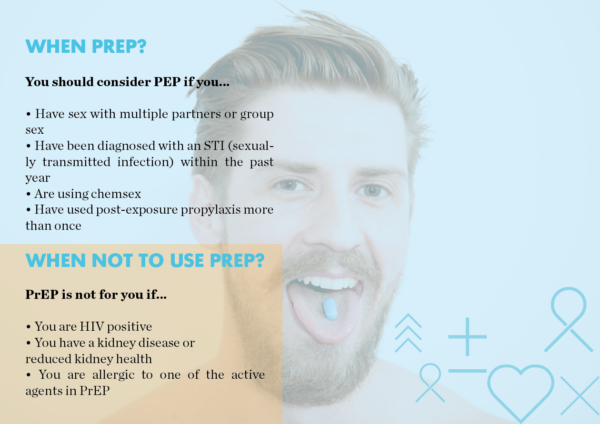