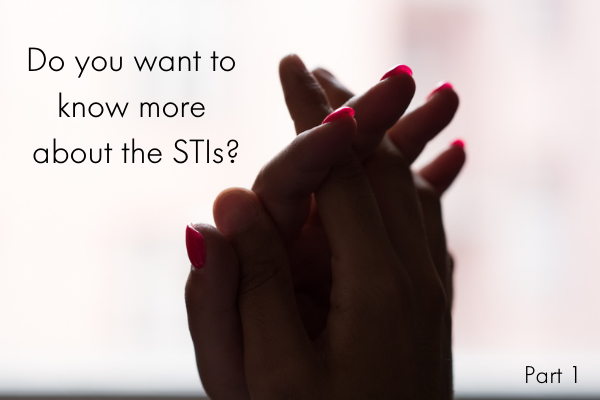 Sexually transmitted infections (STIs) are very common. All kinds of sexually active people can get an STI. In Finland an estimated 30 000 people get an STI every year. Yet, there is a lot of unnecessary shame associated with STIs. Now you have the chance to learn something new about three common STIs: Chlamydia, gonorrhea and syphilis!

What are the symptoms of chlamydia?

Symptoms can include unusual discharge from the vagina, burning when urinating, feeling the need to urinate more often than usual, grey discharge from the urethra, lower stomach or lower back pain and testicle pain. If a person gets chlamydia in their eye, it may cause an eye infection.

The symptoms of chlamydia typically appear within 10 to 14 days from the infection.

When and how should I get tested? Read more about chlamydia from here!

What are the symptoms of gonorrhea?

Symptoms can include burning when urinating, the need to urinate more often than usual, yellow discharge from the urethra, more vaginal discharge than usual and lower stomach pain or painful erection.

The symptoms appear within 2 to 14 days from getting infected.

When and how should I get tested? Read more about gonorrhea from here!

What are the symptoms of syphilis?

The symptoms of syphilis appear in three phases:

1st phase: It can include a sore with hard edges in the genitalia, mouth or anus or enlarged lymph nodes. The initial symptoms of syphilis appear within 3 to 6 weeks from getting infected, but sometimes no symptoms appear.

2nd phase: The symptoms of the second phase appear 2 to 4 months from the end of the first phase. Symptoms in the second phase include fever, enlarged lymph nodes, headache, nausea and various skin symptoms. In this phase of infection it can be transmitted from infected sores without any sexual contact.

Even if syphilis is not treated, all symptoms disappear within six months. After that, the syphilis becomes latent which means that the infection still exists, but it does not show any symptoms.

3rd phase: Untreated syphilis infection may develop into tertiary syphilis, which may appear several years after the original infection. The infection and symptoms may appear all over the body: skin, central nervous system or heart.

When and how should I get tested? Read more about syphilis from here!

Where to get STI tested?

Testing and treatment of most STIs is free of charge in public health care in Finland.

STI testing is available at: