Five myths about how to contract HIV 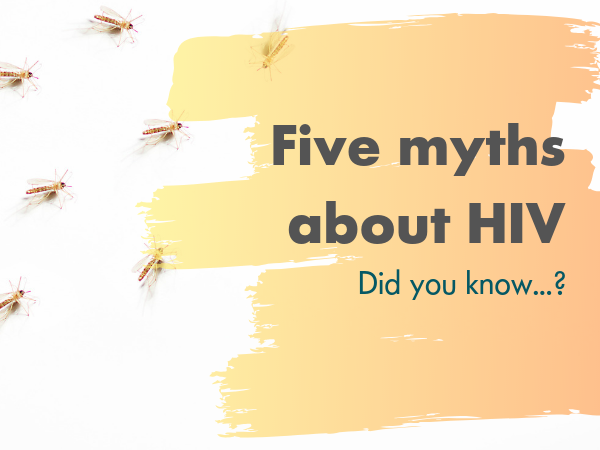 There are many myths about how HIV transmits, and most of these are based on false information. These help to keep the stigma around HIV and people living with HIV alive, so it is important that people take time to educate themselves on how HIV transmits – and not just believe the misconceptions! Some of the misconceptions can be traced back to when HIV was causing deadly epidemics in the 1980s, and unfortunately have survived until today.

False: Mosquitoes do NOT transmit HIV. No other animals can transmit HIV to people either.

Myth 2: Sharing a toilet seat or a fork can transmit HIV

False: HIV also cannot be contracted by sharing a toilet seat or sharing any other utensil with someone who is HIV positive.

Myth 3: HIV can transmit through hugging

So how is HIV transmitted then?