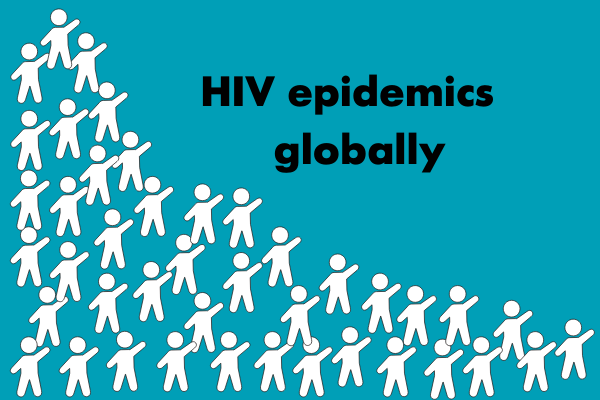 The Joint United Nations Programme on HIV/AIDS (UNAIDS) has set targets to help end the HIV epidemic. The targets are for 2020 and are called 90-90-90. These targets mean that by 2020, 90% of people living with HIV will know their status, 90% of people diagnosed with HIV will receive antiretroviral therapy and 90% of the people receiving this therapy will have viral suppression, which means undetectable viral loads. Undetectable means that the virus cannot be detected/found in their blood. These targets will try to get the HIV epidemic under control with the “test and treat”-method, which are the most effective tools to eradicate HIV. Most new HIV infections happen because people do not know their status and/or are not in professional care. If people become aware of their status and start HIV treatment, they will become undetectable. This means that they will not pass on the virus when they have unprotected sex, which will prevent new transmissions of HIV. HIV treatment also keeps people living with HIV alive and well.

The possibility of reaching the goals?

Kirsi Liitsola at the Finnish Institute of Health and Welfare has commented on the possibility of reaching these goals. Liitsola estimates that many regions and countries are unlikely to do it before the end of 2020 – more time is needed to end the epidemic. The targets require large scale implementation of HIV treatment and this is particularly hard in countries that are low on resources. Estimating how many people are living with HIV is also difficult. Data from 2018 estimated that 79% of people living with HIV globally are aware of their status, but that only 78% of who knew their status were accessing treatment, and that of those on treatment, 86% were virally suppressed.

Liitsola explains that there are variations of this data in different regions. Some regions are far from reaching the 90-90-90 targets (Middle East and North Africa), and some regions are closer (high income regions of Western and Central Europe and North America). The number of countries that have reached the target is changing and also varies depending on the data source. However, three European countries have reported meeting the targets: United Kingdom, Denmark and Sweden.